Our Annual General Meeting took place last Monday night. The committee for the Drummoyne Swimming Club 2017/18 season is as follows:

We welcome new members Michael Donnellan and Annette Jamieson to the Committee. It is great to have some new faces!

Duncan Lyon has been associated with club for over 10 years. He was Club President for 7 years and personally built the club’s unique handicap & timing system. Duncan established the Battle on the Bay Swimming Carnival and spent countless hours working behind the scenes to ensure the club meets ran smoothly.

Lynette Brown has been associated with club since 1964 (over 50 years!) and has been an active volunteer for most of that time. She was auditor of club accounts for 25 years and provided numerous personal donations. Lynette is also a strong supporter of our young swimmers and their swimming development. 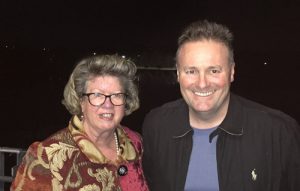 The Committee report for the 2016/17 season was tabled, listing the many achievements during the year and once again thanking the the wonderful volunteers and supporters of the Club.

The new season swim meet calendar of events has been confirmed and can be seen here.

Although Swimming NSW’s has increased its association fees again this year, the members voted to leave our membership fees as the same as last year.

The attendees also discussed the importance of building membership and decided this will be a focus in the coming season.