Thanks to the support of the City of Canada Bay Council and the Federal Government’s Stronger Communities Grants Program we are pleased to announce that brand new start blocks have been installed at Drummoyne Pool for our Club.

The Swimming Centre’s bathroom amenities have also been completely renovated.  They look amazing and are on track for completion by 1st September 2018, when Drummoyne Pool opens for the 2018/19 season!

For the first time, we will be combining the Trophy Presentation Day and Annual Dinner into a single event on Saturday 5th May 2018 starting at 6.30pm at Drummoyne Sailing Club.

It’s shaping up to be a great night with over 90 of our members attending!

We will have Olympian James Magnussen, coming straight off his Commonwealth Games campaign, as our special guest for the trophy presentation.

We will also have Craig Laundy MP our club patron and federal member for Reid in attendance.

Keith Jameson, president of Sydney Rowing Club will also be joining us on the night.

There will be music and entertainment for the kids and a great selection of canapés from Sailor’s Grill.  Please advise Tim Doolan of any special dietary requirements.

There will also be a massive raffle with top prizes being an overnight hotel stay in Manly and a brand new HP Envy Printer. 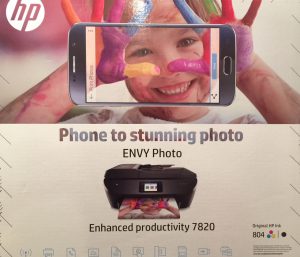 There is also a brilliant painting by local Drummoyne artist Julie Peadon up for grabs, in what is truly an unmissable raffle! 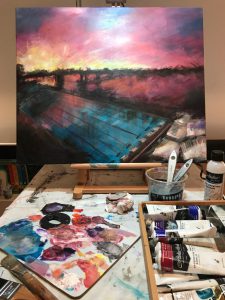 The evening will be free for Children under 18 and $30 for Adults.  Drinks will be available for purchase at extra cost.

We are excited to report that new diving blocks will be installed at Drummoyne Pool over the 2018 winter break, following the successful approval of a $10,000 grant to Drummoyne Swimming Club under the Federal Government’s Stronger Communities Program.

The City of Canada Bay Council has agreed to fund the balance of the cost to purchase and install the diving blocks as part of its $250,000 Capital Works program at Drummoyne Swimming Centre over the winter period, which also includes a major refurbishment of the bathrooms.

The major investment in new diving blocks and changing rooms will be huge benefit to community users of the pool, including school swimming carnivals and Drummoyne Swimming Club.

We would like to thank Craig Laundy MP and Mayor Angelo Tsirekas for their generous support of this important community facility.

Following on from our memorable George Wheaton Family Tribute Day on 30th November 2013, our local Federal Member, Craig Laundy, recorded this important piece of our Club’s heritage in a speech to the Federation Chamber of the Australian Parliament on Thursday 5th December 2013.

You can read Craig’s full speech in the Parliamentary Hansard minutes here (PDF version) and watch a video of his speech here.

The Club would like to thank Craig for taking the time to attend our Tribute Day, along with our Club Patron Mayor Angelo Tsirekas and State MP John Sidoti, and for the special effort he made to record this event for posterity.

The following Obituary appeared in the Sydney Morning Herald on Saturday 9 January 1937:

Mr. George Wheaton, a prominent swimming official, collapsed and died shortly after competing in a 220yds race at the Drummoyne baths on Thursday.

Mr. Wheaton, who was 53 years of age, was for several years a delegate to the New South Wales Amateur Swimming Association. He was honorary secretary of the Western Districts Amateur Swimming Association, and treasurer of the Drummoyne club. His four sons, George, Neville, Noel, and Lindsay, are all members of the club. After a service at St, Bede’s, Drummoyne, yesterday, the body was cremated at the Northern Suburbs Crematorium.

George’s last surviving son, Noel, recently passed away, at the age of 93, bringing this sad chapter in the Club’s history to a peaceful close.

On Saturday 30th November 2013, Drummoyne Swimming Club will be paying a special tribute to George and his sons on the occasion of the George Wheaton 50m BBB Handicap Final (BBB stands for Breaststroke, Backstroke and Butterfly).

Members and friends of the Club are welcome to join us in honouring the Wheaton family this Saturday.  The Club meet will commence at 7.30am with the 100m Freestyle Sprint followed by the BBB event.